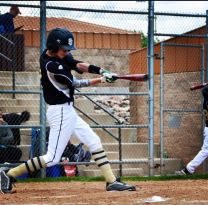 Birds sing. The sun shines. Pitchers and catchers report. Our house celebrates the fact that Ray Black finds himself in the pitching rotation in the Cactus League. We approach the sports season that celebrates a .300 batting average. In school, 3 out of 10 is a 30%, an F. We cringe at the thought of a 7 out of 10. As I contemplated this week’s letter, I reflected on my observations in the halls. I realized that, just like February can be compared to Wednesday, middle school can be compared to the game of baseball.

Exams build anxiety within students much like a “Base-loaded, 3-2 count, at bat” builds anxiety when the game is on the line. Angry crowds jeer at opposing players like peers jeer and jab at each other on a tough day. Umpires behind the plate and on the field blow calls that cost the game. Sometimes adults, however well intending, make decisions that lead to frustration. The nine-inning game, at times, drags on in the seemingly endless monotony of homework day in and day out. The seventh inning stretch reminds us that even though we are close to the end there is still more time to play. Spring Break reminds us of the same. When a pitcher lands every pitch in the zone, batters face defeat much like students when they struggle to grasp hold of an abstract concept. Just as baseball teaches valuable lessons and provides the opportunity to learn from failure, middle school provides students the opportunity to grow even if that growth comes through failure.

Currently, we find ourselves in the 6th inning. The game could go either way.  At times, it is evident that monotony has set it. Yet, it is also evident that students are fouling off pitches and refusing to lose the battle in a 3-2 count. Eighth graders just battled through research papers. Some of them hit it out of the park. Some of them battled through and finished. It challenged them like a pitcher throwing a no-hitter, but they continued to step into the box. I could not be more proud of their efforts. Sixth and seventh graders found their groove. They demonstrate every day that they understand the fundamentals. They follow routines with ease like a shortstop fields a routine ground ball for an out at first.

We have all made some errors, but we have learned from them. We have not allowed our errors to handicap the game. Each day gives a fresh start much like each batter in the box provides hope for each side of the bench.  Recent responsibilities have placed me out of the building. I find myself chomping at the bit to be back in the line-up with my team like a player on the 15-Day DL.

I am so thankful to “Play Ball” with the best middle schoolers in the world. There is no team I would rather be down by one in the bottom of the ninth with two outs in a 3-2 count with a runner in scoring position than the middle school at SVA. I know without a doubt someone will step up and hit it out of the park.

Honored to Serve You All,

To Keep You in the Know: Do you know what a Finsta is? Does your teen have a Finsta? This article provides enlightening information on the latest craze in social media.

If Parents Only Knew

Food For Thought: 13 Causes and 7 Management Tips of Teen Stress

Follow From Hey Hey Pre-K to the Halls of Middle School on WordPress.com

Letters from the Past